Ina and the shark 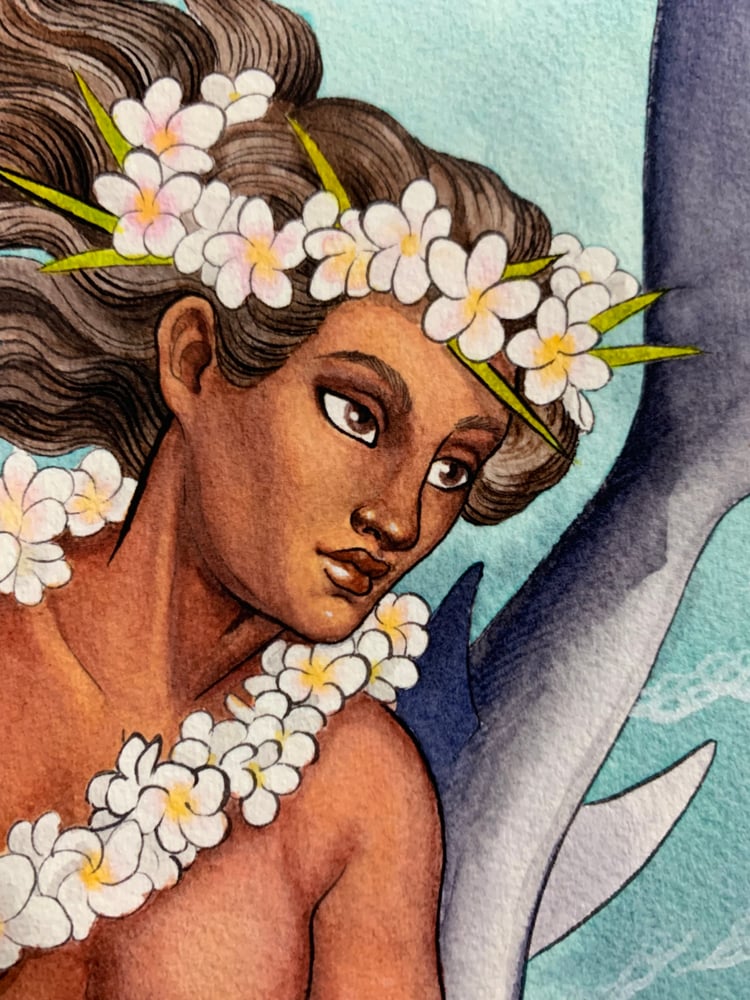 To be as real as a three dollar bill; means something a little different when you're lucky enough to have spent time in the Pacific's Cook Islands before the 2000's.

From 1995 until 2005 the Cook Islands had in circulation the Three Dollar bill, with the depiction of a beautiful woman holding a coconut riding a shark. A moment from the story known as Ina's moonlit journey.

Ina wished to visit her love who lived on another island, a shark offered her a ride, so she took with her some coconuts for sustenance, and climbed aboard, at some point in the journey she was thirsty but lamented to realise she had no way to open her coconuts, the shark suggested she use the dorsal fin to split them open, Ina however elected to bash one directly on the sharks head; it's said this was how the first hammerhead shark was made.

In this painting I've included many of my favorites from my time in Rarotonga, the turquoise waters carry the pair, Ina wears Franjapani 'Ei and Lei holds a green drinking coconut, while riding a Mako shark.

Highest quality giclee prints, signed and marked with embossing stamp by the artist.